Home All Why ‘Kumerica’ is trending in Ghana. 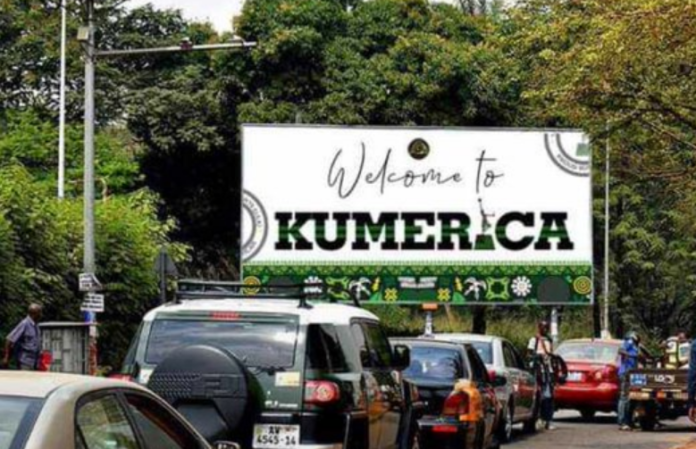 The term Kumerica has been trending on social media for weeks in Ghana.

Many teenagers have been spotted imitating the American lifestyle where they talk, dress and even act like Americans.

It has gone viral and some celebrities have started using it including the likes of Joey B, Efia Odo, Shatta Wale and Captain Planet among others.

The word Kumerica is made up of two words, thus, Kumasi and America – fused together making “Kumerica”. Kumasi, meanwhile is the capital city of Ashanti Region in Ghana.

According to those championing the term digitally, Kumerica is about living life like an American but residing in the Ashanti region.

Those who come from ‘Kumerica’ speak like natives in America or black Americans to be precise and their clothes never look African, if you get it!

They are usually young and made up of groups and they never walk alone because they always have someone taking videos of them as they live their so-called lavish lifestyles – dripping!

One thing Kumericans come with, which might be a bit dangerous is, they imitated gang rings in America and that has weight to ignite a civil brawl in the Garden City.

But on the lighter side, it has been fun on social media watching people who do not even come from Kumasi joining the trend for humour purposes